Due to COVID-19 our firm is equipped so we can work virtually as necessary. Contact us over the phone (252) 355-2010 or online 24/7.
We are a debt relief agency. We help people file for bankruptcy under the bankruptcy code.

Since his admission to practice in 1983, Richard L. Cannon, III, Attorney at Law, has practiced law in Greenville, North Carolina. Although born in Pensacola, Florida, Mr. Cannon has been a life-long resident of Eastern North Carolina having grown up in nearby Craven County. He graduated from the University of North Carolina at Chapel Hill with a B.S. in Industrial Relations in 1977 and earned his J.D. degree at Campbell University School of Law in 1983.

A member of Jarvis United Methodist for the past thirty-five years, Mr. Cannon served as an usher, committee member, and youth leader. He has served as a referee and coach in the Upward Basketball Program for the past nine years. An Eagle Scout, Mr. Cannon has been active in the Scouting Program for over 25 years serving as den leader, Troop Committee member, Cubmaster, and Scoutmaster. During his 5-year tenure as Scoutmaster, he assisted with a trek at the Philmont Scout Reservation.

From 1983 through 1995, Mr. Cannon was an active member of the Greenville Jaycees serving in various positions of responsibility including president in 1987 when he was awarded the Distinguished Service Award. He is presently a member of the University City Kiwanis having served on its Board of Directors. He is also a member of Crown Point Lodge #708, A.F.&A.M. where he served as Junior and Senior Warden.

Mr. Cannon's primary areas of practice include social security disability, bankruptcy, workers' compensation, personal injury, and traffic offenses. He is a member of the Pitt County Bar Association, the American Bar Association, Academy of Trial Lawyers, and the Federal Bar Association. He practices in several courts including N.C. General Court of Justice, N.C. Court of Appeals, N.C. Supreme Court, United States District Court for the Eastern District of North Carolina, U.S. Bankruptcy Court for the Eastern District of North Carolina, U.S. Court of Appeals for the Fourth Circuit, and the United States Supreme Court. He served for over thirty­ five years as a member of the Criminal Justice Advocacy Panel in the Eastern District of North Carolina where he represented numerous indigent clients in criminal matters. In addition, Mr. Cannon regularly appears before the Social Security Administration.

Mr. Cannon is married to the former Renny J. Myers and they have three grown children. 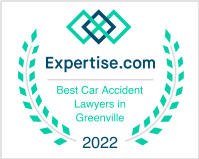